The man who built Bartow softball into one of the top high school softball programs in the state with a national reputation is back. 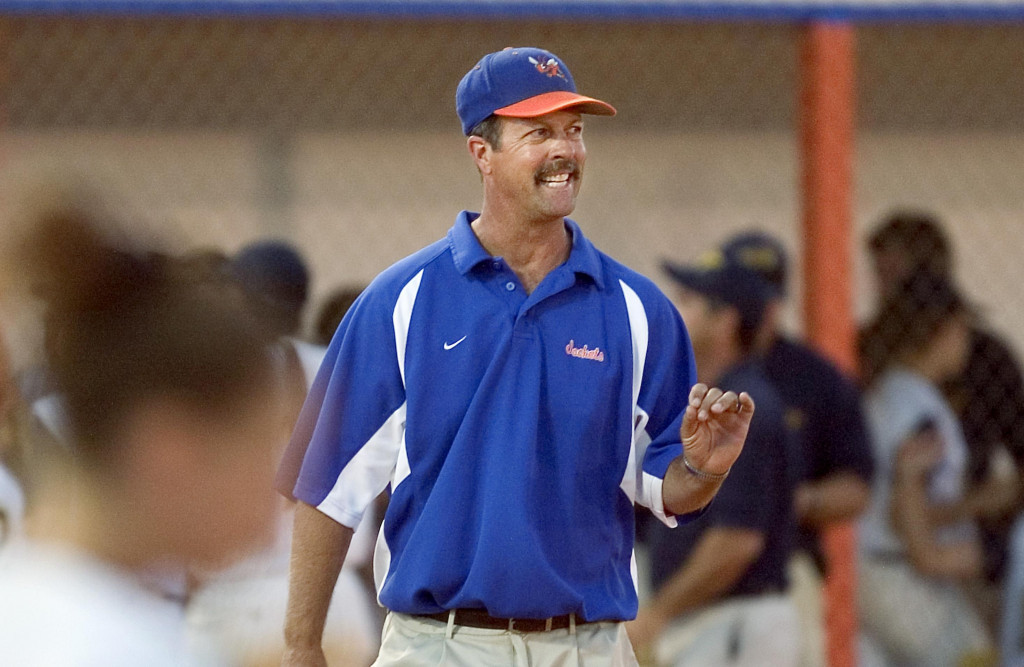 Glenn Rutenbar, on Thursday, confirmed that he is returning to the program he coached for 28 years to replace Donna Byars, who is taking over at Polk State College.

The Hall of Fame coach wasn’t looking for a head coaching job but knew Byars was looking into the Polk State job, which became open in the spring. When Byars told him she got the job, he began thinking harder about whether or not he wanted to return but didn’t contact the school.

When Bartow athletic director Ray Tiller called him, Rutenbar told him, “I guess I know why you’re calling.”

Rutenbar expressed interest in returning and after meeting with Tiller and Bartow principal, he decided he would return as head coach.

After starting the program in 1987 and coaching for 28 years, Rutenbar stepped down as head coach after the 2014 season.

Rutenbar, who remained at Bartow as a teacher, didn’t leave Bartow softball for another coaching job, although he eventually joined the staff as an assistant at Southeastern. He said the experience as an assistant coach was beneficial.

“To me, it’s a challenge,” Rutenbar said of returning to Bartow. “This is a little bit of a stressful situation that I put on myself.”

The stress is his setting high standards where ever he is coaching. He set a high bar for his successor during his time at Bartow.

Rutenbar led Bartow to 19 district titles, seven state titles and six state runner-up finishes. His 2003 squad finished No. 1 in the nation in 2003 in the USA Today rankings.

Byars certainly filled Rutenbar’s shoes as she took the Yellow Jackets to the state tournament two times in three years. She led Bartow to its eighth state title in 2016.

Rutenbar’s return has created excitement in the Bartow softball community.

“Honestly, I was so excited,” sophomore Ashleigh Robinson said. “It’s going to be an honor to be coached my him. My sister (Bayleigh) and my aunt (Kelly) were coached by him, and I always wanted to play for him.”

Rutenbar is the fourth long-time softball coach in recent years to return as head coach after a few years away, following George Jenkins’ Jeff Lang, Winter Haven’s Phil Chewning and Lake Gibson’s Laurie Johnson. Only Chewning, who had previously coached at Lake Region, is at a different school. Both Rutenbar and Chewning won their first state titles by beating the other with Rutenbar’s Bartow team beating Chewning’s Lake Region squad in 1997 and the result being reversed in 1998.

“It will be fun,” Chewning said. “He and I had some great games over the years.”